Doom Wad Station - The most Doom wads available on the internet!

A Doomer's Requiem (Two thumbs up from Zorah) 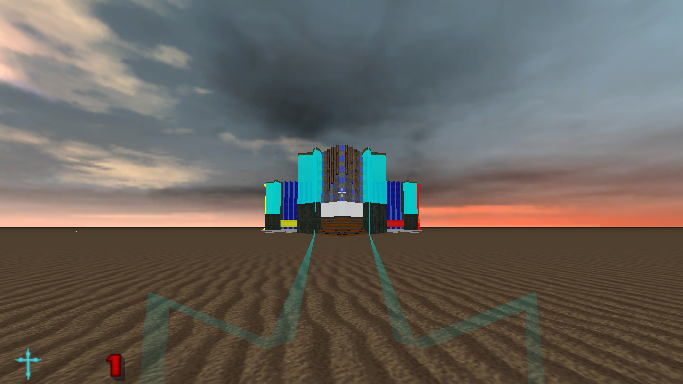 A Wad made by Ruben - "Revised" 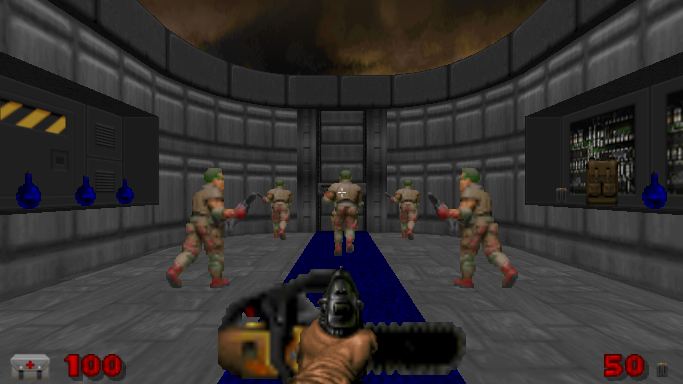 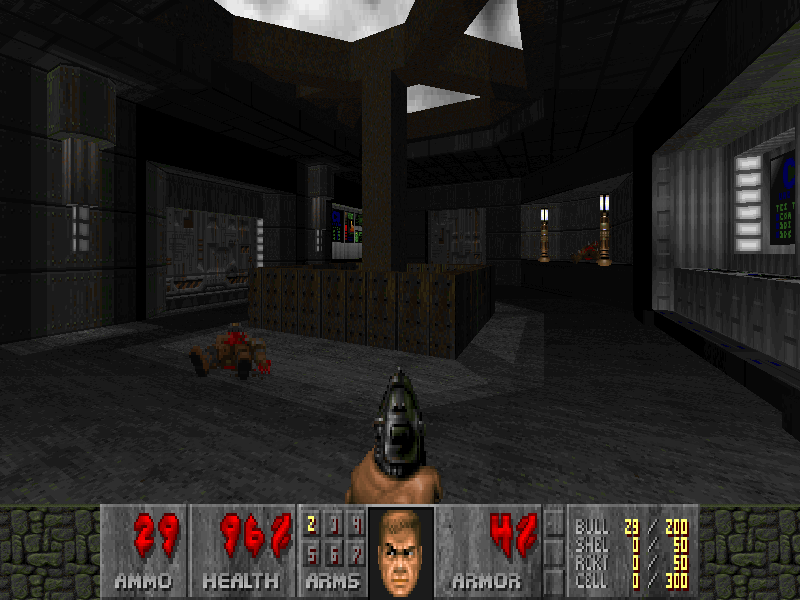 The Wailing Horde! A "MUST PLAY" 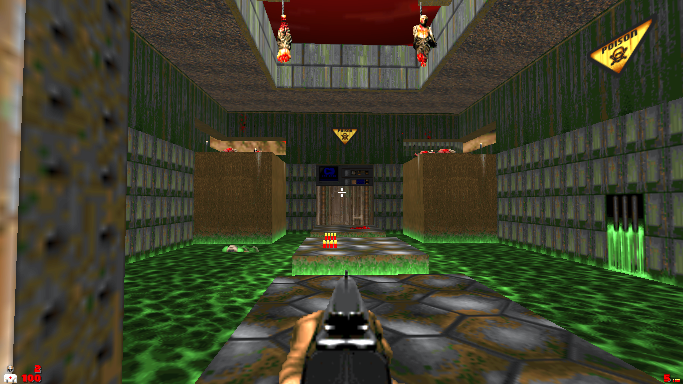 Blue Paladin chimed in today with a review of a Doom 2 wad called:

Judging from the review, it looks like a good time. 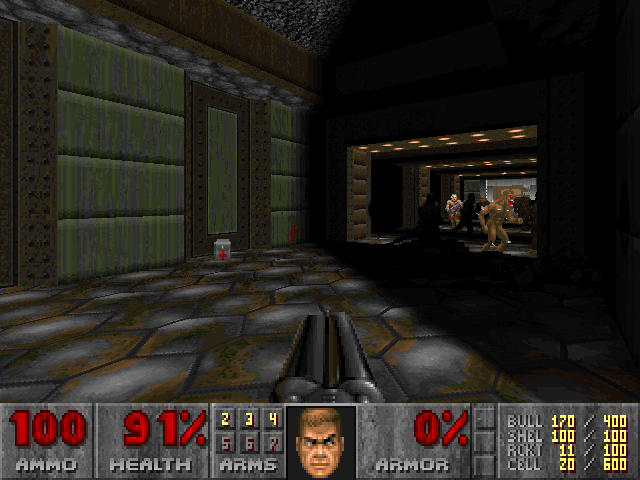 Today, I bring you a review of a truly unique map called "youdig" be prepared - and be scared. lol 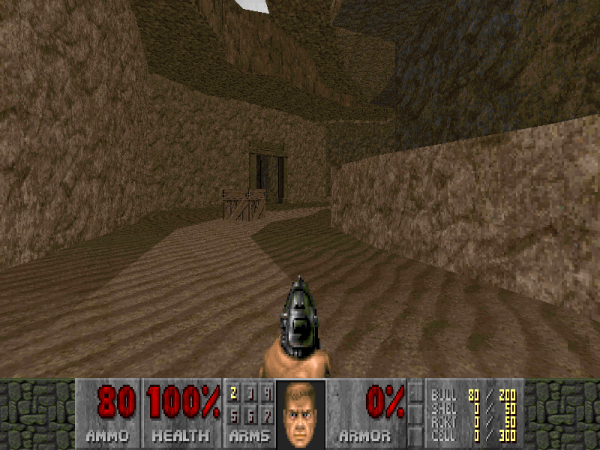 zorah's review of firetop mountain was released today. judging by the review and the screenshots, this looks like one totally awesome map! So just get it....
click on the pic for the review and download. 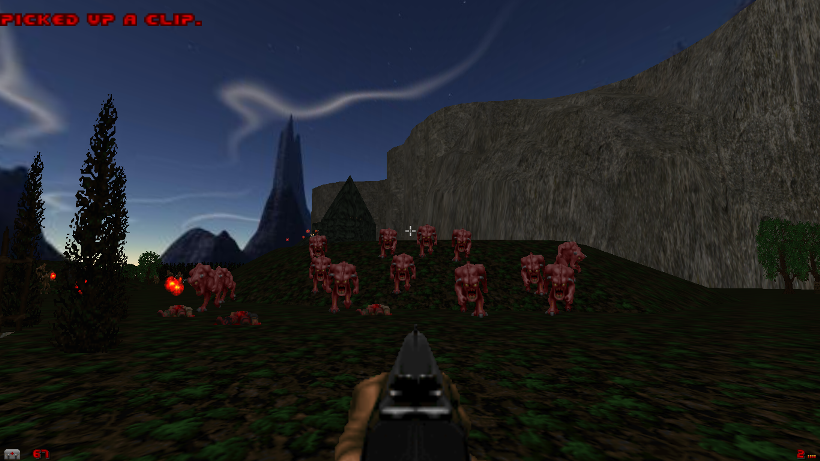 Ok, so.... I actually have two reviews for you today. the first one is called

Xenomorph and is (naturally) based on the movie "aliens". The second offering of the day (also reviewed by zorah) is of a map released this week on the archives (in beta stage at this  point) called Blood Axe Fortress. click on the highlighted text to go to the reviews and the downloads. :-)

While maybe not the hardest damn wad out there, this one does put up a fight, though not necessarily in enjoyable ways. On most maps in this wad, you are immediately pitted against an angry horde and have to act quick to annihilate them and force some breathing room into the situation. Click the pic to read the review and get the download! 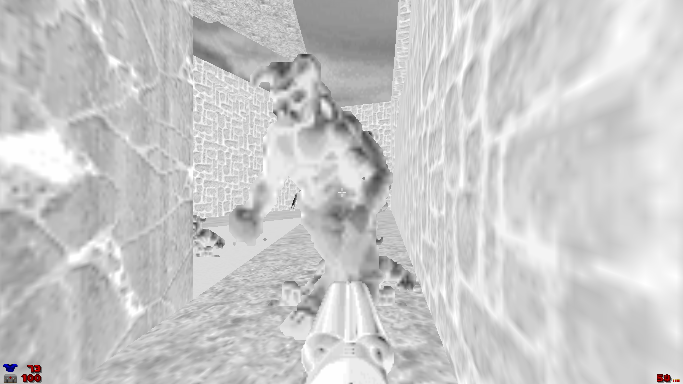 This time zorah is getting reviewed by yours truly for a mapset called doom gaiden. this is a must have for your collection, without question. one in game video is included from each of the 4 maps that comprise doom gaiden. enjoy! 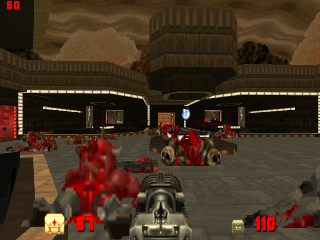 zorah and eric bring us two reviews of a single level total conversion for doom2 based on the classic (and chilling) slasher film - Friday the 13th. Apparently, there is only one badass - you know who he is, and, of course, he can return from the dead. what more could you ask for? crappy 80's paint colors and jason? let's go! click on the pic! 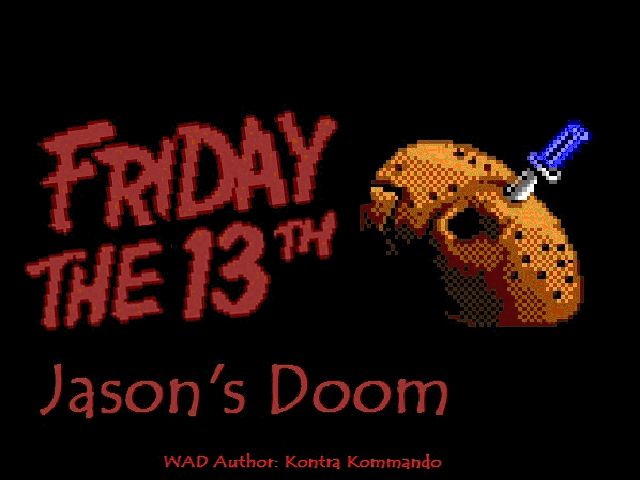 i was super happy when i accidentally ran across this total conversion for doom 2.

this is the wolfenstein (and spear of destiny) total conversion for doom2.

I made a note in the page about the .bat files. if you need help figuring that out, just send me a note from any one of the hundreds of email links on the site and i'll help out. 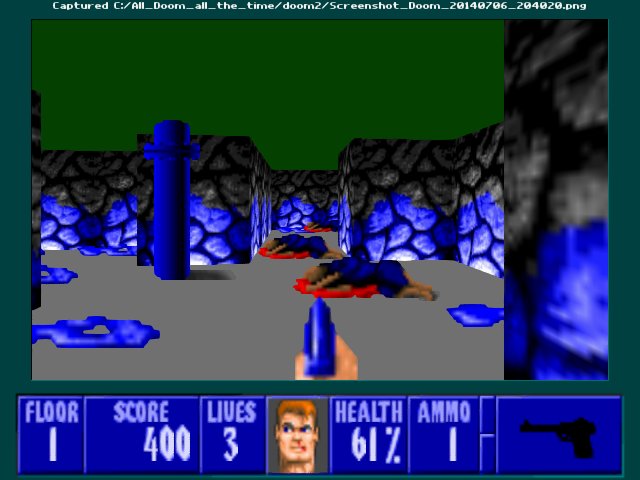 sorry for the delay in getting out a new review - but you know, life!

Anyway, here is a review of a 15 map megawad called they pr boom maps. it is still a work in progress so the review(s) - yes, there are two of them (zorah and myself) - are based on where this future 32 level megawad is at this moment in time! enjoy! I call it a tale of two reviews! 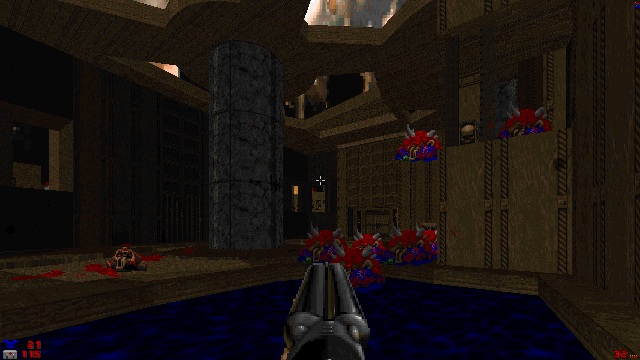 Big Woodchip provides some good challenge, at the cost of some detailing and some design choices that may make you want to mouth the words, "Dick move." It's worth checking out if you've got some free time this weekend. Click on the pic to get the review and download 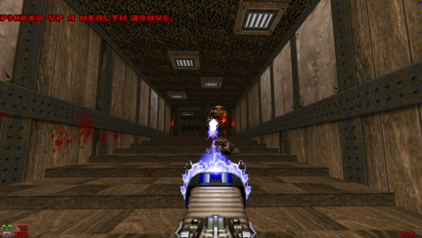 Where DOES the time go? Anyway, Blue Paladin chimes in with this review of a 9 level

Doom 2 map called Magic Walker. As usual, Eric doesn't mince any words. From the review it sounds like the difficulty is moderate with lots of switch play. Have fun! 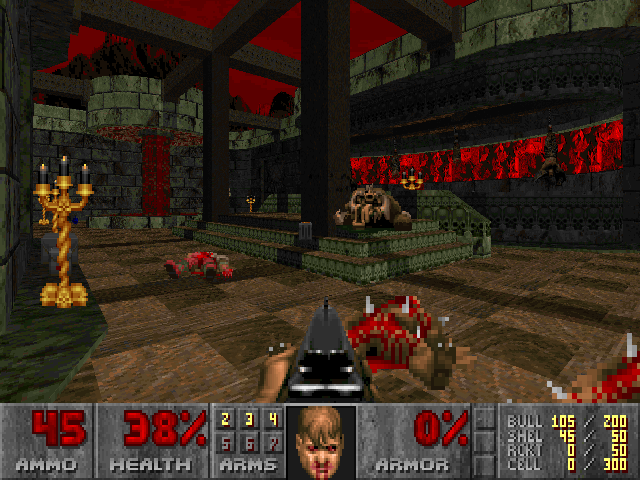 Zorah sent in the review of a 32 level megawad called

Judging by the review, this is a mixed bag of puzzles and ridiculous difficulty that he didn't really find appealing but... check it out for yourself and YOU be the judge. 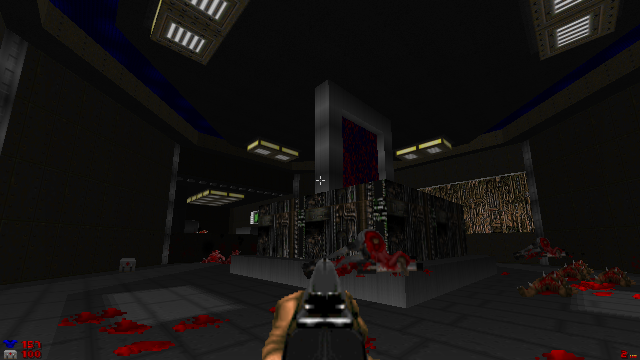 Where DOES the time go? Here we are already in May and tons of new reviews uploaded to the site. Here's the latest Doom 2 wad review:

. Click on the pic to get to the review. 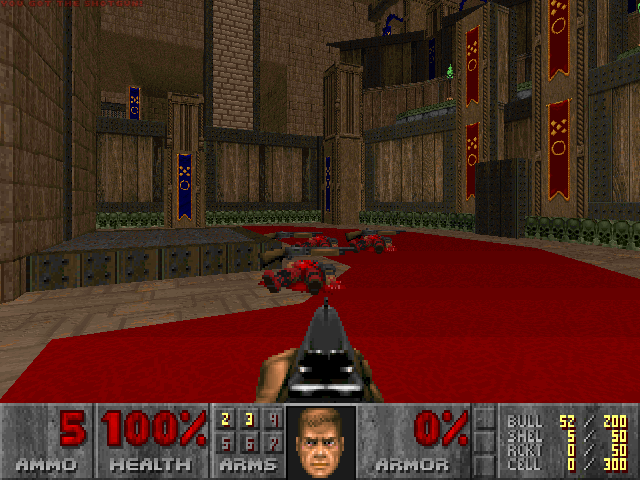 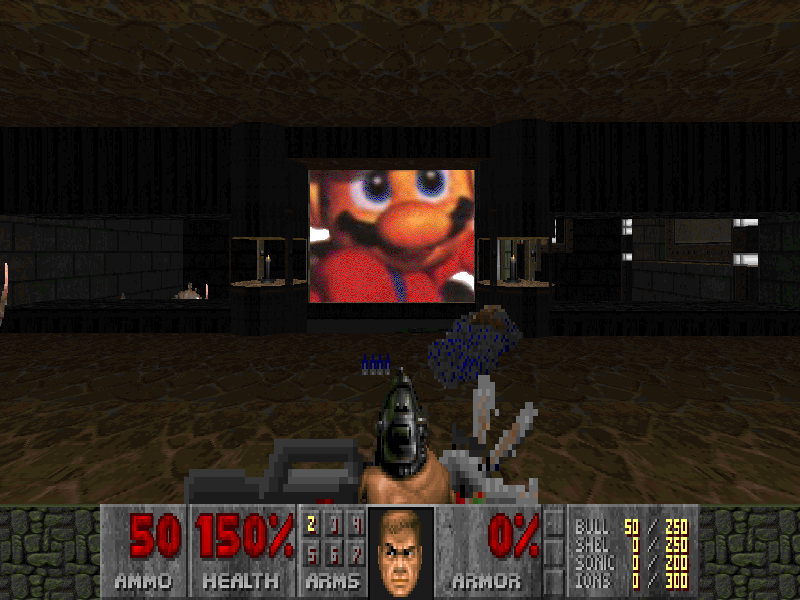 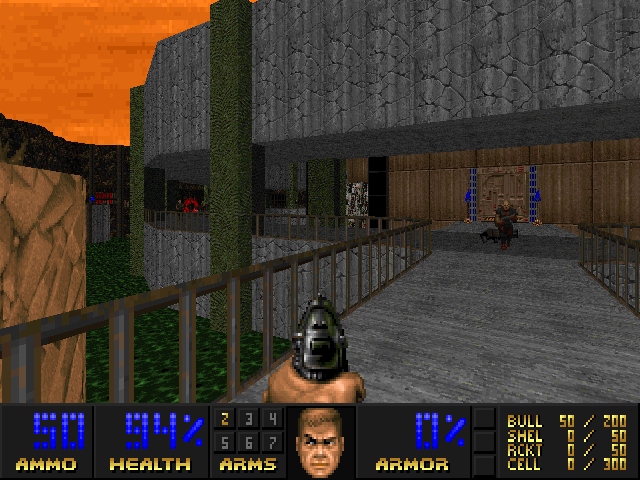 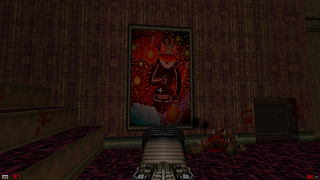 Order of the Macabre for Doom 2. Download it here! 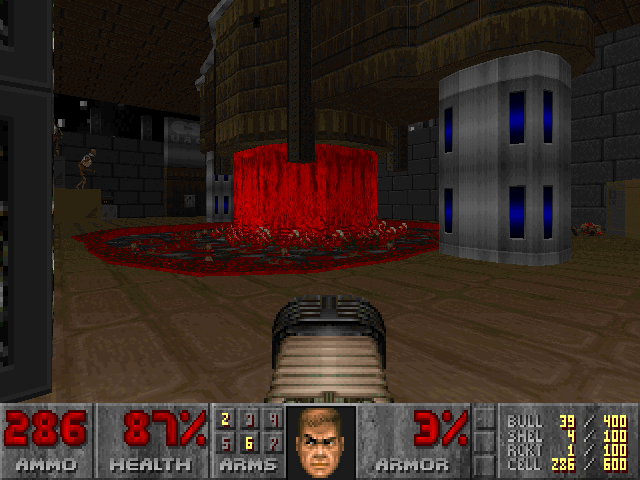 Escalation I: The Breach

Seasoned Doomers ONLY! This is NOT for the feint of heart. Click the pic!

Golachab! I don't know what it means, but I think it means "i'll kick your ass punk" 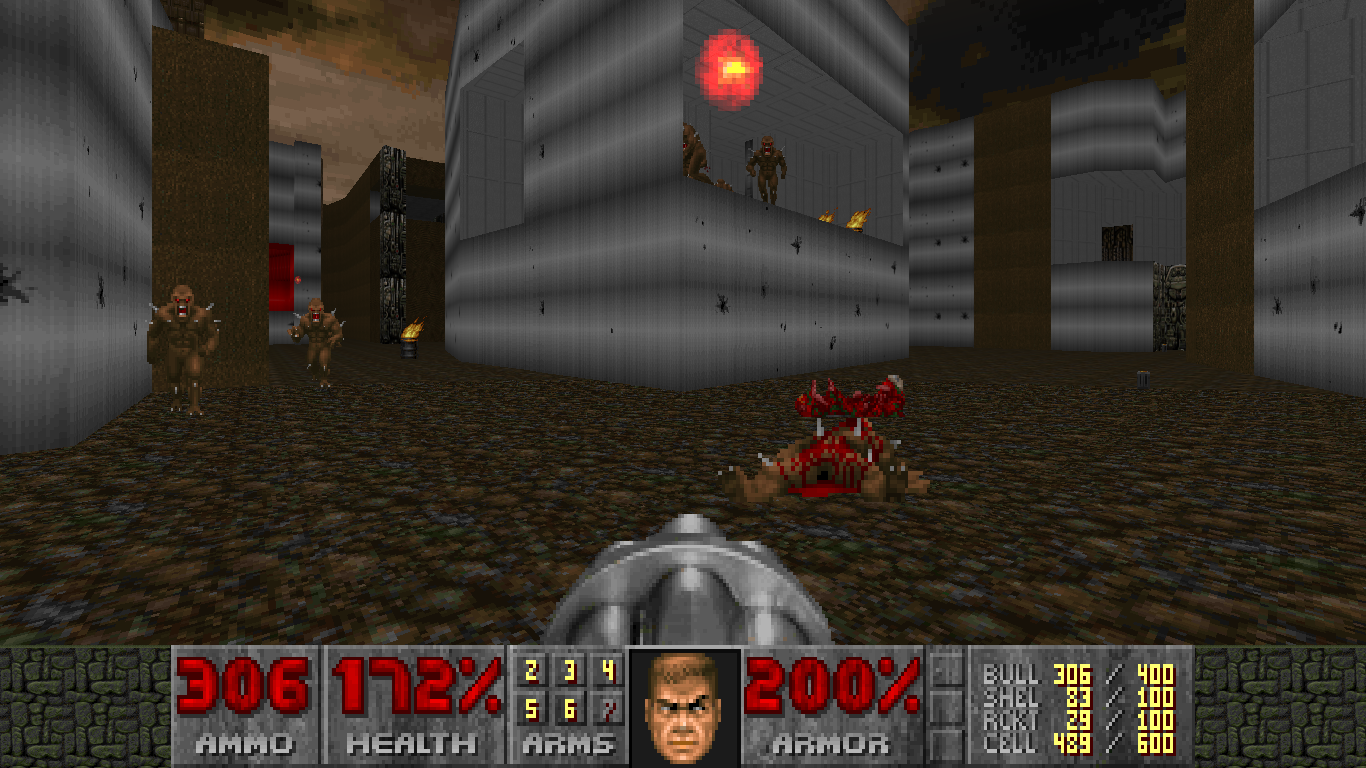 Check out the review for Marswars!

Starship Konrad, which is based on the film Alien, and has

some nice new creature and weapon work along with a suitably dark atmosphere.

Check out the review. 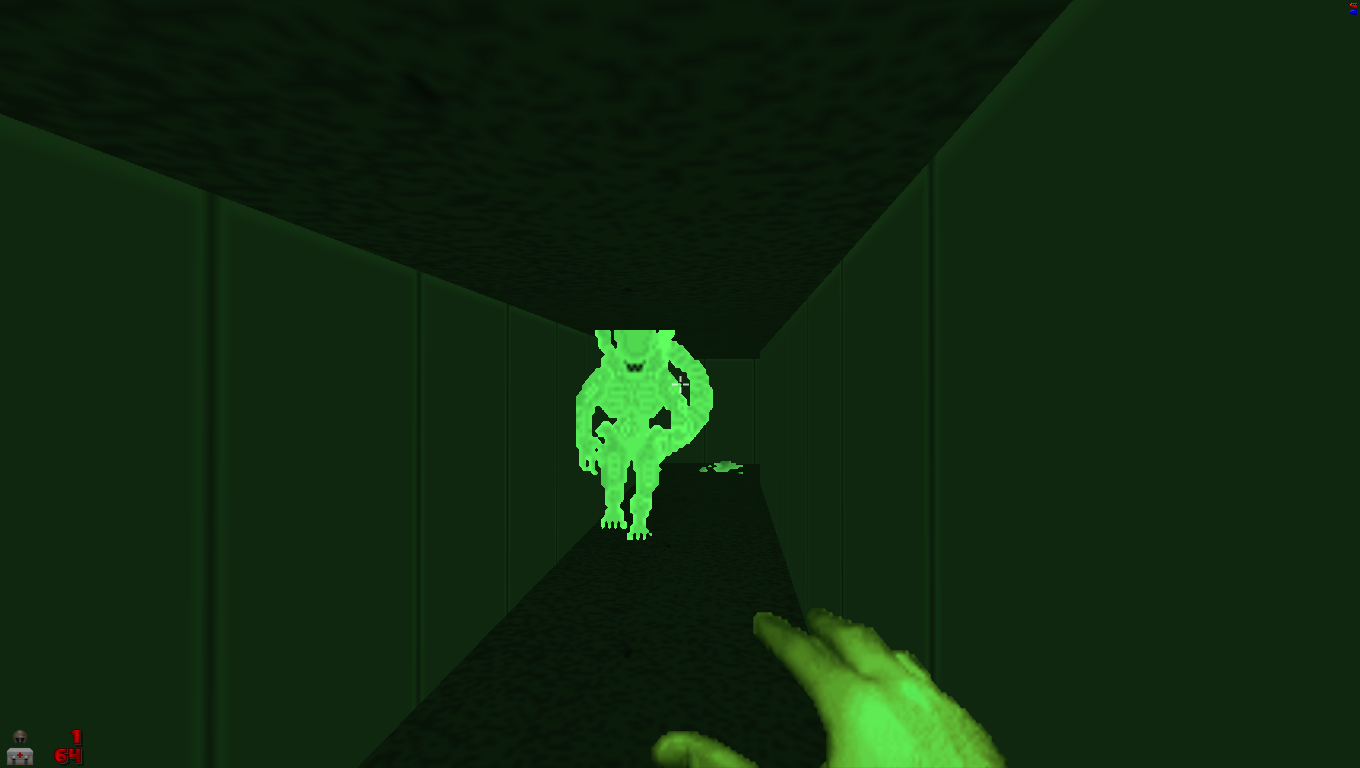 This is a review of BOSSED. Five maps that each end in a boss battle. I'm pretty sure you'l

enjoy playing through them. I've only finished the first map  and I'm ready for more!

So here we go - the first review on DWS in 7 years and MAN, was it a doozy!

Have at and unless you are REALLY good, I recommend staying away from UV! 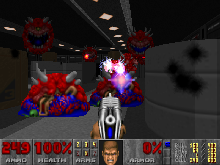